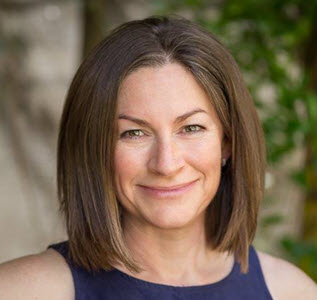 Here, in Jenn’s own words, is how she is trying to make the world better for everyone.

HOW I GOT HERE

I’ve been in tech a long time, but what most don’t know is that when I was just 17, in a cap and gown at my high school graduation, I had a six month old baby girl on my hip.

I quickly needed to find a way to support myself and my baby, and to create future opportunities for us. Going off to college was not an option. Instead, I signed up at a technical trade school. It had consistent hours and allowed me to wait tables at night.

While going to school, I got a job at Motorola. There I met someone who was really into computers – he was great at building and fixing them for people. I learned so much from him during that time, it’s what helped me find my way into IT.

Motorola was a great company to work for but I was recruited to a better job at a different company. It was on 2nd shift and they didn’t have any IT people working those hours, so I started helping out when people had computer problems. I eventually got into IT and worked my way up from there, learning everything I could as I went along.

Almost a decade later I started at a different company as a Microsoft engineer. I noticed that the network wasn’t being maintained properly, and started educating people about the importance of security and in following best practices to protect networks and data.

I received news that a new virus was coming, one that had the potential to take unprotected networks, like ours, down. I warned management but it was too late; the company got hit and the network was down for days. This was the first of many such outages to come. Ultimately the network was cleaned up and better systems were put in place.

I became the company’s first female security engineer. That was 15 years ago.

I started Geek Girl Tech about 8 years ago, after a friend (who’s business I was consulting for) suggested that she’d rather do business with other women-owned businesses and that I should think about going into business myself. I began to realize that there was a huge need in the market for our services.

Not only was small business security a severely under served market, but there are more and more values-driven businesses that preferred to work with a woman-owned firm. There are very few women-owned tech companies. A women-owned IT security company protecting small businesses is even more rare.

My original vision for Geek Girl Tech was a company run by women from different backgrounds, from all over the world, collaborating to solve problems and take care of others. I wanted to open doors for women that needed it, as had been done for me so long ago.

I wouldn’t be running Geek Girl Tech today if it weren’t for a few individuals at key points in my life that either shared useful knowledge, had intentional recruiting practices, or saw past my lack of college education, and instead saw my potential and gave me a chance.

There is a systemic problem in the tech industry; it doesn’t represent the diversity of our world.  Traditionally, companies have rewarded employees with referral bonuses to attract talent. The problem is that people tend to refer others like themselves, so if your technical workforce is mainly white males, that’s what the department will tend to look like over time.  This can be an alienating workplace for technical people who are not white or male.

Although I could have stayed in this type of  environment making tons of money, I needed to move on and “be the change.” That’s why one of Geek Girl Tech’s pillars is to helping advance the careers of all underrepresented in tech. Not just for women, but LGBTQ, people of color, anyone who wants a different, understanding and flexible place to work.

What’s most powerful for me today is that I’ve been able to build the company that I wish I could work for, that others want to work for, and that gives back in a way that’s not only really personal to me, but will also tangibly help others.

Oh – and remember that baby on my hip? She’s now 28 and helps run the company. Loren is our Chief Impact Officer and Operations Manager.

RUN FOR THESE ORGS